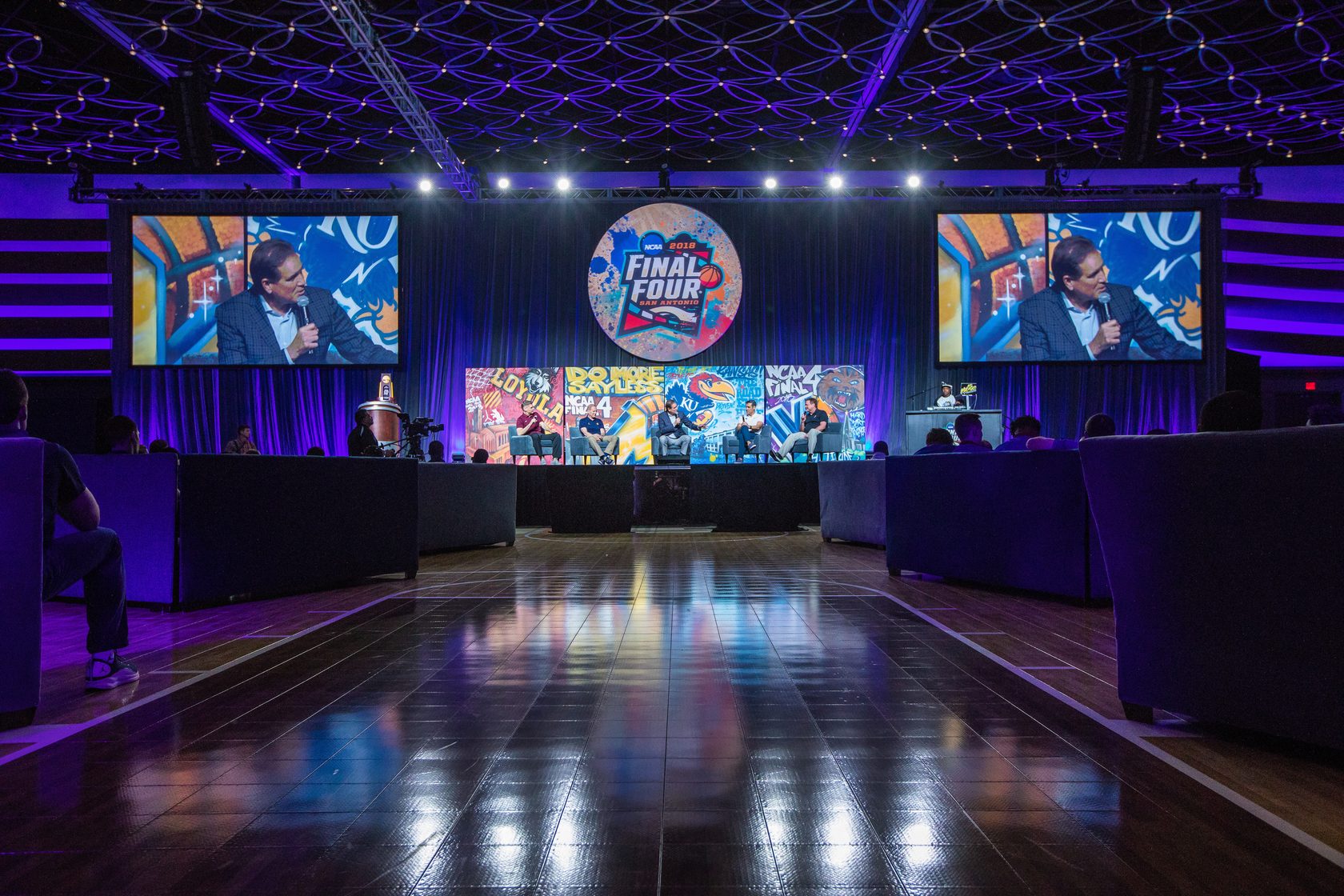 YOUR IN-HOUSE EVENT TECHNOLOGY PARTNER AT THE JW Marriott Indianapolis

Johnny Moore has been heavily involved in the audiovisual industry since 1989.  He began his work at Markey's as a delivery technician.  In less than a year, he was running our in-house operations at a large hotel and soon was managing Markey's largest hotel in the area.  By 1994 Johnny was promoted and transferred to the Indianapolis Headquarters office as a rental consultants, assisting clients throughout the state.  In 1997, Johnny accepted a position as the Markey's Director of Operations at the Indiana Convention Center and RCA Dome and managed all of the large events at the facilities.

With the opening of the Markey's Rental & Staging office at the JW Marriott Indianapolis, Johnny was a natural fit for the Director of Event Technology role, where he currently leads the Markey's team.  As a good listener who is detail-oriented, organized and budget-conscious, Johnny will make sure our team delivers the experience you are seeking with sensitivity and great management.

"What I enjoy most about working at JW Indy is getting to help customers plan, prepare and execute various types of events, from a meeting for 20 people with basic audiovisual needs, to an awards gala for 2000 with complete sound, lighting and video production for national performers!"

Jeff graduated from Full Sail University in Orlando, Florida, in 1996 with a degree in Recording Arts and began his career in Chicago as a recording engineer at Battery Studios. After several years of studio production work, Jeff joined Markey's in 2011 as part of the opening team at the JW Marriott Indianapolis.

Jeff began his career at Markey’s as an event technician and was quickly promoted to Assistant Director of Event Technology Operations. In this role he helped run day-to-day operations and helped manage a multi-million dollar inventory.  In 2019 Jeff was promoted to Director of Operations and is currently leading one of the best hotel AV teams in the industry.

Jeff comes to Markey's with a passion for the business and brings a unique blend of technical ability and creative expertise to every project he takes on. As a proven professional, Jeff dedicates himself to his clients and knows how to take a project from original vision to fruition in the most efficient and cost effective way possible.

“I’m lucky that I get to work with a team of people I really like, and I also get to meet and get to know new clients of the JW every week.  It’s a fast-paced and exciting job!”

Rafael has been creating live productions for over 16 years.  He began by studying music engineering technology at Ball State, which included two semesters of traveling with a live show as an audio technician.  That hands-on experience landed him a job running shows for Carnival Cruise Lines for two years, then he moved "back to land" and thrived in the industry in Chicago, learning video, audio, lighting, rigging and project management.

In 2007 he joined Markey's as an Audio Technician, and has worked his way up to Senior Sales Manager at JW Marriott.  In his three and half years at the JW Marriott Indianapolis, he has managed and produced hundreds of events of all sizes. It is precisely this production and technical experience that makes Rafael a perfect partner for your planning team.  Your event will take place with technical accuracy and great style.

"What I like most about working at the JW Marriott is that it is a brand new, state-of-the-art facility that is capable of grand events.  That, paired with a great team assembled from Markey's Rental & Staging's experienced staff, makes working here enjoyable."